Earlier in the month, Julie, over at Willow Bird Baking, challenged her readers to attempt to make croissants and les pains au chocolate.

Actually, I made croissants once before, I think when I was about thirteen or fourteen. I began very early in the day, and worked away in the kitchen. There was kneading, there was margarine (no butter in our house!), there were muttered grievances (also, no swearing in our house!). It was just me and my mom's cookbook, out to set the world on fire.

With my brother and parents, the count was now six. Then my other grandparents, who happened to live next door, came over to see Russ and Evelyn as well. The count was now eight. Then and aunt and uncle were on scene. Ten.

So, my twelve croissants were gone in less than ten minutes from oven removal. I was lucky enough to get one, though! I made sure Russ and Evelyn each got the extra one, and they each split half with me. Two! I had two! Still, it felt like an awful lot of work just for that...

So, fast forward back to present, and my wondering why I was doing this again! Russ and Evelyn are both long gone, and no matter how good these smelled I new it wouldn't bring them back again.

Having made puff pastry a few times now, I've got a much better handle on laminated doughs. The trick is to have the dough and butter at just the right temperature. Too warm=butter squishing out everywhere. Too cool= butter breaking through the dough, which then results in butter squishing out everywhere. The trick is to use the fridge as a lifeboat. Every time something seems to be heading south, throw it all in the fridge. After it's cool, take it out, let it warm just a bit, and then continue.

Julie's challenge was to make the traditional crescent-shaped croissants as well as les pains au chocolate. It's the same dough, but rather than being baked in a crescent shape it's formed into a rectangle with a nice melty piece of bittersweet chocolate baked into the center. C'est bien, bien sur!

Here's the photos from my challenge. Look at Julie's site for the recipe and detailed instructions.

Most importantly, have FUN! 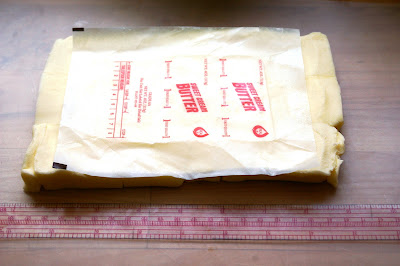 three cubes of butter, cut in half the long way, rolled into a rectangle 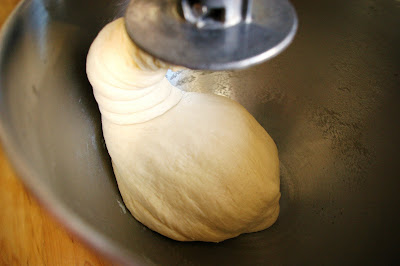 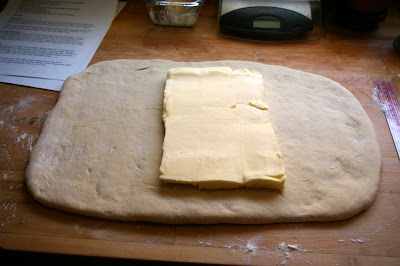 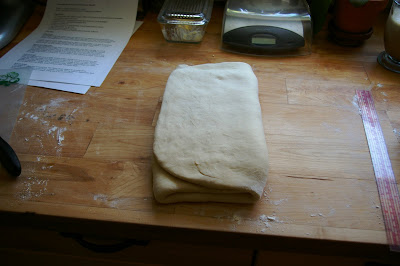 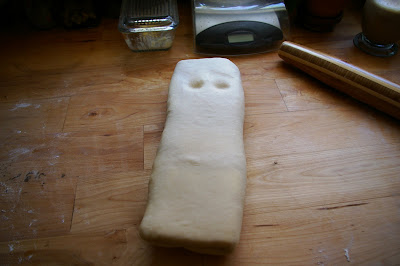 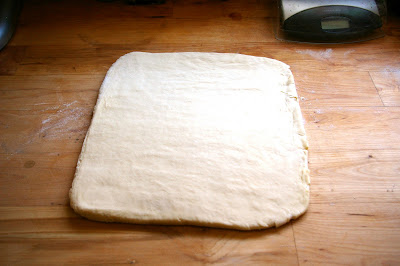 after six turns, the dough is split in two and rolled flat 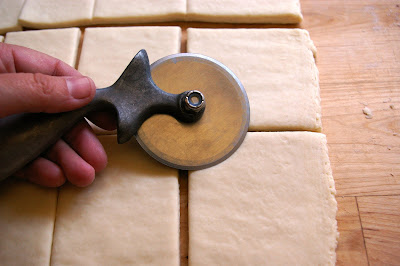 a pizza cutter gives you sharp edges that raise well 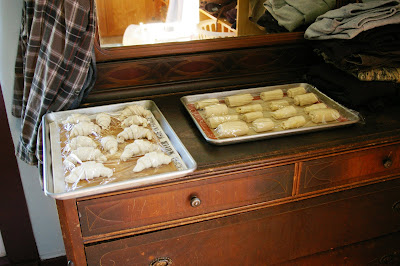 raising in my 1910 home's warm upstairs bedroom
(this heat is good for something, right?) 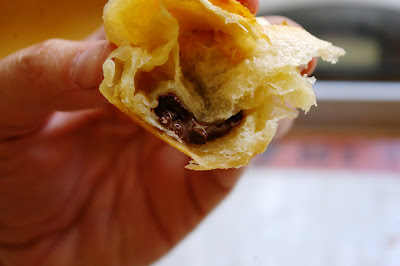 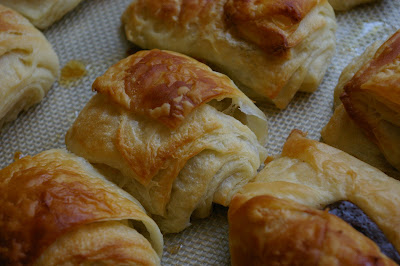 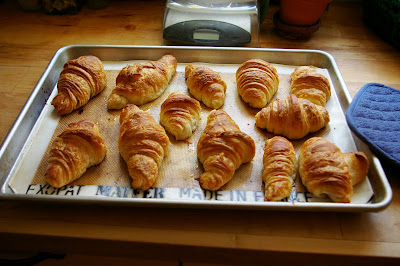 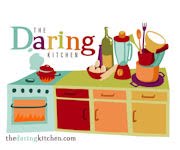